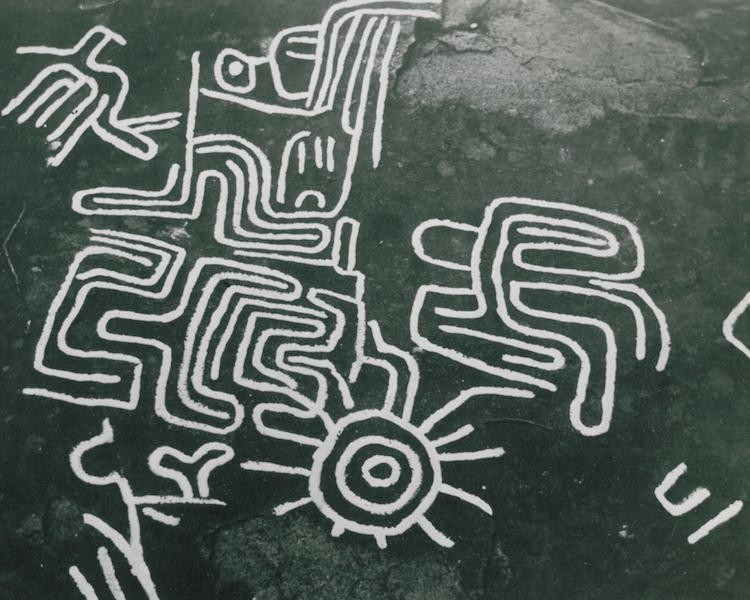 About a mile due east from Questhaven is a group of petroglyphs. Flower and Lawrence first visited the site in 1955 with a small group of visitors, including Gordon Bleth. The black and white pictures on this page were taken on that visit. Gordon took notes from that adventure as Flower shared what she saw inwardly at the site. Excerpts of those notes are quoted below:

Flower said there was a group of about six persons that were there on the day we journeyed to the mountain top. One, a masculine person acted as spokesman. They were all very advanced persons. The spokesman showed himself as they were before, when they lived in this area and how they appeared today. Before, they were scantily clad, just a short type of garment around the waist. Today they wore robes, white, nor too characteristic. They were tall and thin, with pointed features. They had dark skins, almond shaped eyes.
Notes from a sharing by Flower A. Newhouse 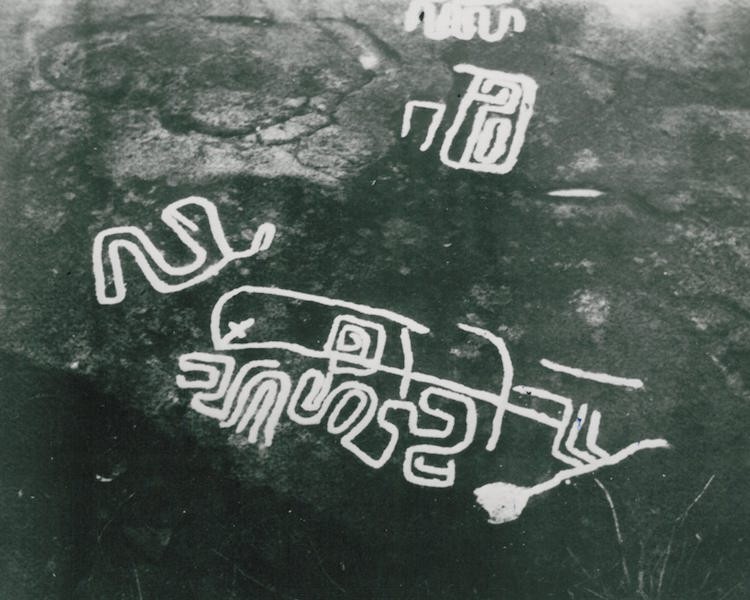 There were about 40 people who lived in the area of the petroglyphs when these people lived there. There were two other groups that lived south of them, but the bulk of their migration moved northward from this area.
Notes from a sharing by Flower A. Newhouse

The petroglyphs are a record of their civilization. One area of the markings portrays a temple that was designed after their former temples with a map on how to get to it. Another figure shows the history of their journey crossing the ocean.
Notes from a sharing by Flower A. Newhouse

There is another stone that is underground at this time with similar markings to the west between the present spot and Questhaven's property. It is a better specimen.
Notes from a sharing by Flower A. Newhouse 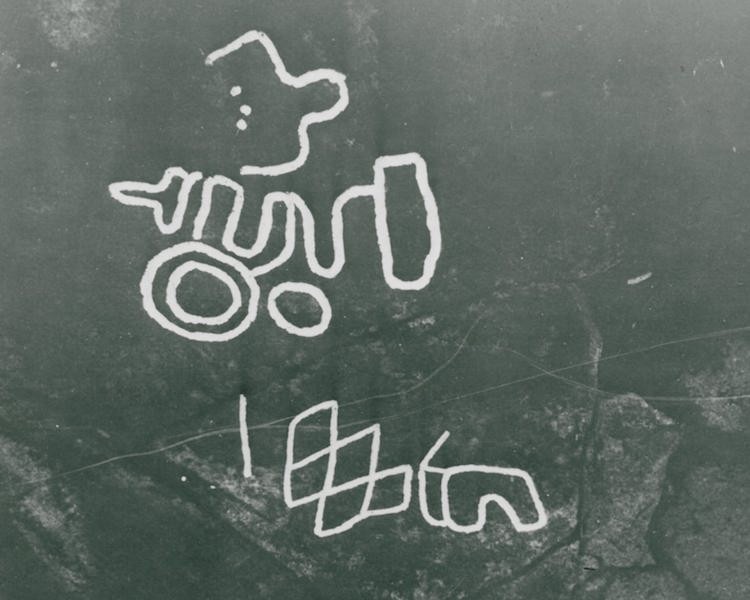