Anchoring the Light of Christ through the building of Questhaven 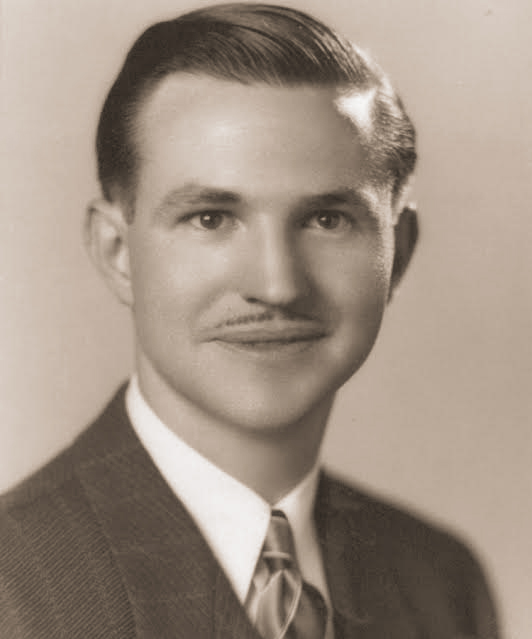 Lawrence George Newhouse, the cofounder of Questhaven Retreat and The Christward Ministry, was born July 18, 1910, in Franklin Park, Illinois. When he graduated from high school, his parents gave him a train trip to California. Through the friends he was staying with in San Bernardino, he got a job working in a printing firm and decided to make this his home.

Flower was lecturing in San Bernardino and had been invited to spend the night at the home of a woman from the center, which happened to be where Lawrence was living. When they met there was instant recognition from the past, and their romance began to unfold naturally. They were married October 31, 1933, beginning their life work together, including the founding of Questhaven in 1940.

Lawrence drew on his ingenuity, intuition, dedication, hard work and his alignment to the highest within him. Gordon Bleth said, "If Lawrence did not know how to do something, he just learned as he went along." He had many roles as minister, counselor, printer, manager and always a partner in all of Flower's endeavors. He was a rare person in his readiness to give himself to others and their needs. He possessed greatness. There was simply no trace of littleness or pettiness in him and he challenged the littleness in others by his living strength and largeness of outlook.

On the importance of choice

Lawrence's life was a great example of the act of self-transcendence achieved here and now. To quote Stephen Isaac: "Before the eyes of all who knew him, Lawrence walked daily up the initiatory steps, in everything he did, pausing occasionally to smile and catch his breath with some encouraging observation, then moving on."

The truest of disciples was Lawrence himself. He never strained or evidenced the battle within; to outward appearance the process of growth was an effortless soaring on the wings of spirit, riding the updrafts even higher. When people asked him how he managed never to appear weary at the end of an eighteen hour day, ...ready to give time to the procession of interruptions and demands coming his way, with his eyes shining in merriment, he would say:

When you live twenty-four hours a day with an Angel you have nothing but happiness to think about.